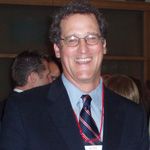 An SAC Bursary can change a life and Mike Edwards ’79 wants to tell his story.
Mike started at St. Andrew’s College in 1974, following in the footsteps of his father and brother before him. “I should not have been at SAC," he admitted. That being said, he was accepted and applied himself to earn his place at the School. In spite of a difficult family and financial situation, “the School made it possible for me to complete my [high school] education. They stood by me and supported me and because of that early support, I’ve done well in my career and family life,” he said.

“I view St. Andrew’s as a community and my bursary was not the first time the School ‘stepped up’ to help out a family in need. I know it has done so for others as well. In fact, during the Depression, some underclassmen were given immediate tuition support, while other recent grads, including my father, Burley Edwards ’30, were actually given jobs. That was way before the existence of such structured and named capabilities [i.e. endowed scholarships and bursaries] that we have today,” Mike said. “So now it’s my turn to give back. It is a two-way street and we have benefitted over many years.”

Mike firmly believes that every boy who attends SAC with the aid of a scholarship or bursary should understand the impact this opportunity will have on his life and should make an early commitment to give back to the School. While he has always been a generous annual donor, Mike wanted to make a gift that would impact future generations of Andreans. In an effort to further this commitment, he became a member of the Andrean Legacy Society.

“Life insurance is the most economical way to make a significant gift - one that has a major impact,” Mike said. He arranged a life insurance policy that will provide a bursary for a deserving student.

Mike's gift of life insurance will be directed to the Charlie Edwards Bursary Fund. This fund was created upon the death of his older brother, Charlie ’70. Family and friends contributed to the fund as a tribute to Charlie’s deep love and commitment to all things Andrean. To this day, friends and classmates host an annual golf tournament in Charlie’s memory, with the proceeds going to the bursary fund.
For more information regarding the Andrean Legacy Insurance Program, please contact Laura Byl at 905-727-3178, ext. 381 or laura.byl@sac.on.ca